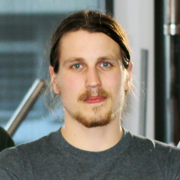 Darrin is the Founder and President of Moreira Performance Training. He has a rich athletic background. Darrin was an avid volleyball player through high school and university. He was a member of the U20 BC Provincial Team as well as part of the 2013 Championship team at Capilano University. Not only was Darrin heavily involved in sport as an athlete, he spent three seasons as an assistant coach with the UBC Thunderbirds Women’s Volleyball—6 time national champions. Learn more about Darrin

A few months ago I wrote a short blog post about the importance of not only having a high level of work ethic but why making sure the work you do put in is of a high quality. This was probably the most important paragraph in that blog post:

Effort is only effort when it begins to hurt. That said, it’s important to remember that it’s really easy to work hard at things you like to do. You need to work hard at the things you might not like very much; achieving your goals means setting your ego aside and receiving help when you need it to assure quality. A quality program will ensure that you achieve results without any wasted training capacity, getting you where you want to be more quickly and more easily.

“Effort is only effort when it begins to hurt” I believe in that very strongly. I see it all the time with athletes with whom I work. They think they work incredibly hard because at volleyball practise they are giving it 100%. Then when it comes time to hit the weights they’re nowhere to be seen. Or they eat garbage and drink all time. The only reason they think they work so hard is because they are able to do it on the court.

Doing what you love means doing a lot of things you hate. You might have to pass up on going out with friends because that’s the right thing to do for your athletic success. It means you need to stop coming up with excuses for not working out. There’s a single mom who’s working two jobs out there right now that still finds time to go to the gym. “It’s nighttime” is not a valid excuse for not working out. I kid you not, I have received that excuse. “I’m naturally athletic” is also not a valid excuse. When I hear those things all I hear is “I don’t really want it.”

I have had the honour of coaching some amazingly driven athletes. One thing that I notice about them is that they understand that for them to be successful they need to put a high level of care and attentiveness into everything they do. Whether it’s on the court for a volleyball or on the ice for a sliding athlete, the great ones know that what they do outside those practises is just as important as what they do in it.

We are not in the gym to have a good time. It’s work. We are there because we are trying to win. Which means you focus on everything you are doing. Purposeful practise. Just because you don’t have a ball in your hands in the gym doesn’t mean that you won’t come out a better volleyball player if you respect your time in the weight room.

You wouldn’t give your sport coach a garbage excuse to miss practise. So why is it okay to have garbage excuses for not working out or eating garbage? If you think you work hard, prove it on the court and off it. There’s somebody out there busier than you that hasn’t missed a workout.